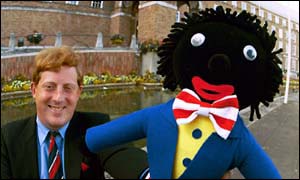 What the Tory Party in Bristol calls a leader . . .

What with the impending disaster that will be the Museum of Bristol; the introduction of a Residents’ Parking Zones tax; increased parking costs; a £100k spent on a pointless citizens’ jury; council care homes about to be privatised on the basis of cooked books and a fiasco unfolding in the home care service, you might have thought the Tories and their leader Bunter Eddy might have had a few questions to ask of the Labour-run council.

Not quite. Bunter – who along that pompous tosser of a sidekick, the unbearable Peter Abrahams, put this shower of Labour shits into power – will be focussing instead at next week’s council meeting on the urgent and important issue of a private email sent by a Lib Dem councillor to their colleagues.

What planet are Bunter and his dumb-ass Tory colleagues living on? Do they give a toss about this city and the people in it? Or is it that the city council provides a rather pleasant environment for a few of the city’s privileged Rotarians to sit about influencing things for themselves, collecting a bit more money through their expenses and making shit jokes?

You have to wonder how much longer Eddy can last as Tory leader now. He clearly lost an election badly that he should have won in May and now he’s brown-nosing the opposition he should be tearing to shreds!

Here’s Eddy’s impending contribution to our democracy in full:

Q1. Does the Executive Member recall receiving an email on 19th November 2007, from the Liberal Democrat Housing Spokesman, Councillor Popham in connection with her recent offer to meet with Members to discuss the impact of changes in Housing Services?

Q2. Does she feel that Councillor Popham’s rather injudicious response (obviously only intended for the consumption of Liberal Democrat Councillors), in which he said “….many of these things I presume we would have implemented, so we cannot have us providing adverse feedback to the public via Labour on things we implemented….”, does anything to enhance the perception of local government?

Q3. Does she agree with me that such flagrant cynicism and politicking is wholly inappropriate for a Party, which seeks to present itself as a responsible Opposition?

Q4. Given the propensity of Liberal Democrat politicians to score such own goals (e.g. the recent “Calamity Clegg” dossier), what advice would she give to “Ponderous Popham” regarding his future use of Council email facilities?

Bunter Eddy: the term “stupid Tory cunt” could have been invented for him couldn’t it? He’s a fucking disgrace.

But all this does show up rather nicely the reality of Cameron’s Conservatives doesn’t it? Beneath the poor quality veneer of their PR lies the same old selfish, self-interested business clique who’ll do anything – even support an openly dishonest Labour regime they should oppose – as long as it continues to oil the wheels of their and their friends’ business interests.