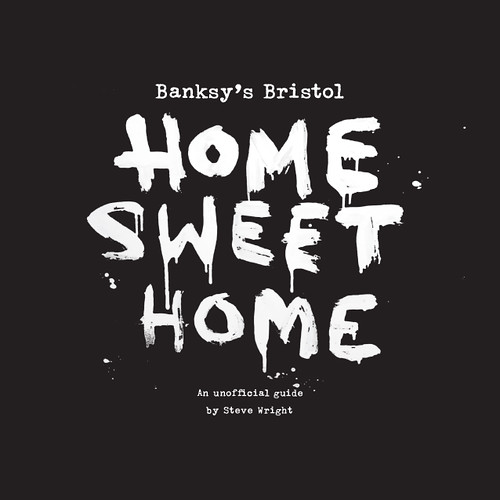 The Blogger can EXCLUSIVELY reveal what Linda Hopkins will be putting in Gary’s stocking this Christmas. Surely it must be a copy of Tangent Books’ Banksy’s Bristol: Home Sweet Home?

It’s written by Steve Wright who is – or so it says here – Venue’s art editor no less, which sounds a bit like being described as Heat’s Parliamentary Correspondent although according to Amazon he’s really the bloke off Radio 2 who publishes crap books of ‘Factoids’

It also goes on to say: “ Home Sweet Home is a celebration of Banksy’s street art in his home city of Bristol. This book places him in the context of 3D, John Nation from the Barton Hill Settlement, Inkie, Nick Walker and . . . Wright traces Banksy’s roots back to the rave culture of the Nineties”. The role of the Wright household’s kitchen sink is also thought to get a mention.

Rumour has it that The Blogger may be featured somewhere in this book too, which means it may get another shameless plug in the lead up to Christmas. Although those thinking of trying this themselves should bear in mind that cash is the most likely route to positive reviews.

The attempt to create an internet viral buzz around the book can be viewed here on myspace and here on Flickr. The Blogger will be posting something about it on the Bristol section of Urban 75 (membership required) later too.

Which gets you wondering. Is Myspace still current for this kind of stuff? And aren’t Banksy aficionados more likely to be members of the graduate-friendly Facebook anyway? Besides why bother at all with these inaccessible corporate-owned private membership networks? If you get a WordPress blog anyone and everyone can log on and see you . . . 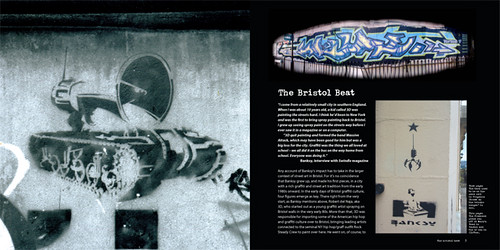 This entry was posted in Banksy, Bristol and tagged Steve Wight, Tangent Books. Bookmark the permalink.