The life and times of Michael Cocks #4 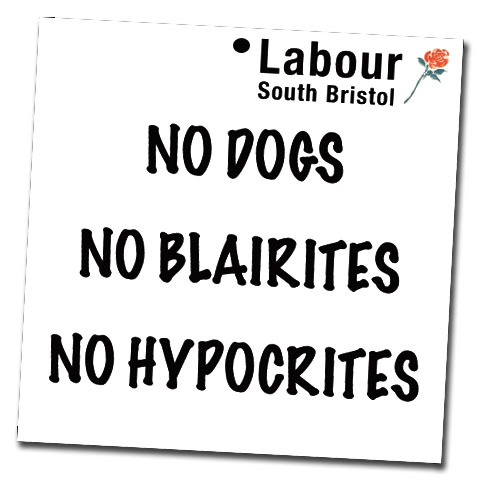 In the early 80s Michael Cocks used to be in the Hartcliffe Labour club every Sunday lunchtime (as was I), where people would queue to speak to him about their problems. I don’t know how successful he was at solving these problems, but the image of him having a pint and a chat to people every week is a pretty good one in my memory. Dawn never took up the tradition and Hartcliffe people hated her for years after she took the seat, mainly cause she just wasn’t Michael Cocks!

Another reason you never saw the Dim Prawn in the South Bristol Labour Club was because she was barred! Is this the only Labour MP ever to have been barred from her own constituency Labour Club?

She was especially person non grata by the early nineties when this Bennite, so-called left-wing alternative to the ‘right wing’ Cocks had already moved well to right of him and was carving out a nice career for herself as a Blairite loyalist.

No surprise then that Dawn was first in the queue last year to wield the ceremonial sledgehammer and knock down the Labour Club to make way for an egalitarian and left-wing Morrisons supermarket for the people instead. (Perhaps they could get Tony Benn to open it? Let’s face it, the old toff fraud would turn up to open an envelope if he thought it would involve the sound of his own voice)

The local Labour Party and their councillors, meanwhile, have no need of a Labour Club in South Bristol any more. They all meet – well away from any real people and their annoying problems – at super-stupid mayor Royston Griffey’s Bishopsworth manor house where they sort things for themselves over dinner and a glass or two of fine wine instead!

As for Primarolo’s clique of Bennite South Bristol constituency supporters – led by former Southville councillor Andrew May – who got her this job for life, they are no longer anywhere to be seen either as they all seem to have been quietly eased into lucrative regional quango posts.

May is currently raking it in as Chief Exec of the completely pointless Equality South West quango.

7 Responses to The life and times of Michael Cocks #4