Saturday night at the movies

Two new films about the Railway Path here. Both, in their own way, are far more representative of the traditional left than unwashed hippy “Green Protestors” the Cancer would have you believe.

One features Labour’s prospective Parliamentary Candidate for Bristol West, Paul Smith; the other has been made by Bristol’s Respect Party.

And there’s fighting talk from Smith who openly raises the issue of class: “I think a lot of the green public spaces that serve the wealthier parts of the city would never even be considered for having one blade of grass touched.

“I don’t think anyone would propose putting anything like this on the Downs. This path is as important to the people of Lawrence Hill, Easton, Eastville and Fishponds as the Downs is to Clifton …” 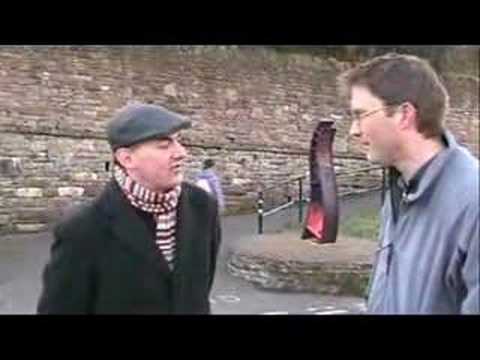 Respect meanwhile have got out and interviewed some of the path’s users and also started asking questions about the effect the BRT scheme may have on Bristol’s inner city communities:

“Documents obtained from the West of England state ‘the route performs well in terms of patronage and deliverability and will include careful design to ensure it will interact sensitively with new developments in the Temple Meads and Temple Quay areas’.

“But we’re concerned it doesn’t appear to be interacting sensitively with local communities like Easton, Greenbank and Fishponds …”

More on the campaign: http://www.railwaypath.org/

31 Responses to Saturday night at the movies