More Labour councillors give their own policy the finger 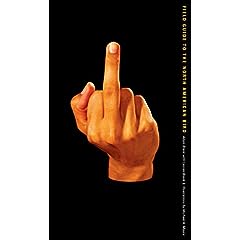 BRADSHAW ON THE PRECIPICE!!!

Dear oh dear. Another week begins with another THREE Labour councillors publicly rejecting their own transport boss, Mark Bradshaw’s BRT plan for the Bristol and Bath Railway path out of hand!

First up, from deep inside the old Labour territory of St George West, we have Councillor John Deasy writing on behalf of himself and his fellow St George West councillor, influential backbench old-stager Ron Stone:

This idea was first put forward in the late 1980s, it failed then because of the same reasons being put forward by opponents today.

This issue has generated the largest amount of interest in St. George West we have seen for a very long time. No one has contacted either of us to give support to this idea – so it is logical that Ron and myself represent the interests of the people of St. George West and oppose this proposal.

From a personal point of view I have cycled on the track ever since it was opened and I would be very unhappy if it was disturbed in any way.

Then we have this from yet another Labour backbencher, Frome Vale’s Bill Payne:

many thanks for your email. I will, of course, pass on your concerns to Mark Bradshaw, the Executive Member for Transport. I have already spoken to him to express my own concerns and fully support your opposition to the proposal.

I would remind you that that is all it is at present, a proposal. It was one idea among several put forward in a report from a group of consultants.

There have been no decision made and my own feeling is that this particular proposal is a non-starter, there are too many difficulties (bridges etc.) to make it economically viable. However, we need to make it clear to the planners that this proposal would not be acceptable.

Again, thanks for your email; if there is anything else I can do don’t hesitate to contact me.