As a special service to readers The Blogger will be following the Lib Dem leadership election race. Mainly because it promises to be one great long fucking hilarious parade of no-hopers, buffoons, congenital idiots and the plain desperate chasing the biggest non-prize British politics can offer – the chance to say nice things and come third . . .

OK. The story so far courtesy of ‘Tales from the Rocking Horse’ on Guido:

Gordon Brown is said to be watching events with interest and with mounting excitement.

First to throw their hat into the leadership ring is John Hemming. Did I just hear you say “who” then? I have no idea either but he’s already emailed his colleagues announcing he’s ready to serve.

He’s even worked out a little political theory all of his own. “The Left/Right Axis,” explains the profound one, “demonstrates an oversimplification of politics. Politics is multi dimensional.” So’s mathematics John but we aren’t about to vote for it mate.

He proudly finishes his address on a, for him, a very exciting high “On issues of diversity I have delivered,” he thunders. Which kind of raises the question: what the fuck are issues of diversity John? And how the fuck have you delivered on them? No doubt all will soon be revealed because John is “taking soundings following this position statement.”

Well, he’s sounding like a right plonker at present if that helps. A thought that’s further confirmed by his blog where . . . I kid you not! . . . he seems to like posting up pictures of kittens!!! 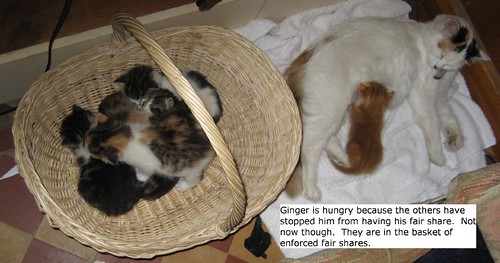 C’mon Lib Dems give him yer vote. Pan-dimensional diversity with kittens could be just the job to to fill that war-shaped vote winning policy gap couldn’t it?