If you want to find The Blogger you could do worse than visit the Panache nightclub on All Saints Street where he might be spending time doing some in-depth research on an exciting new demographic discovered there by The Sunday People.

According to the tabloid, the place is full of wild 19 year old female students spending £100 a night on cocaine and having hot lesbian sex in the toilets. As reporter James Milbank explains, in gruesome detail, in his measured and sensible article – COCAINE EMILY’S LESBIAN FRENZY:

“Each week we would all go out to the Panache nightclub in Bristol with other drama students and get completely off our heads.
“They were wild nights and Emily would be at the centre of it.
“She would take cocaine and then start getting off with all the girls in the toilets – she didn’t care about anything.
“I remember seeing her snorting cocaine off the toilet seat in the club with all the girls around her. Once I was in the toilets and I was completely hammered but Emily came up to me as I was looking in the mirror.
“I knew what she wanted and she came over to me and slipped her hands under my top and to get her hands on my breasts.
“She pulled my top up and just stared at my breasts but I wouldn’t let her touch them.”

And it goes… In a similar vein for quite a long time. The rest is here if you feel you need to read it all.

In related news, Andrew Keen, author of The Cult of the Amateur: How Today’s Internet is Killing Our Culture and Assaulting Our Economy, appeared on Newsnight last night trying to flog his stupid book.

Keen, a failed internet entrepreneur now living in Berkley California, spends his time slagging off “online amateurs spawned by the digital revolution” who he thinks “have had a destructive impact on our culture, economy and values”.

He complains that blogs are “collectively corrupting and confusing popular opinion about everything from politics, to commerce, to arts and culture”.

And he warns that “old media” are facing extinction – “say goodbye to experts and cultural gatekeepers – our reporters, news anchors, editors, music companies and Hollywood movie studios,” wails the author in search of a fast buck.

Presumably he’s referring to “experts” and “cultural gatekeepers” such as, er… The People’s James Millbank!

Where would we be without him?

The Blogger can report that Emily has now been nominated for eviction from the Big Brother house – along with the disturbed and disturbing Shabnam – by former boyband member Ziggy.

Unfortunately it turns out Ziggy fancies Chanelle so he now doesn’t like Emily and so she’s nominated.

What The Blogger finds extraordinary about this – at the risk of further accusations of homophobia – is that there’s a former member of boyband Northern Line who’s apparently not gay. Look for yourself: 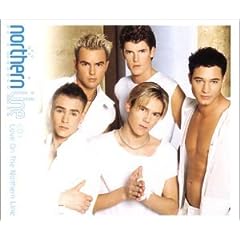 The Blogger has tracked down some rare footage of that recently banned Olympic logo video:

This entry was posted in Blogging, Bristol, Media. Bookmark the permalink.