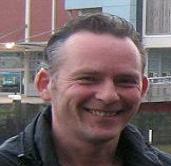 Vowlsie forwards a picture of himself and his entry for the longest press release in recorded history. Here it is in its entirety:

Announcing the launch of Bristolians Against Fluoridation (BAF).

Following preliminary meetings in July and August and after gathering nearly five hundred local supporters on the social networking site Facebook, BAF is now organised and campaigning. [It will next meet at The Stag and Hounds, Old Market, 7.30pm, 25 August and again on 8 Sept].

BAF Press Officer Glenn Vowles said, “Bristolians Against Fluoridation was formed to oppose the imposed mass medication of Bristol and the surrounding areas in BANES, N Somerset, and S Glos. that would result from NHS South West instructing the water company to fluoridate our tap water. Our view is that fluoridation: is not ethical; does not work; is not safe; and is not wanted.”

“The Government are keen on fluoridation but we must not allow it to be imposed upon us here. The decision to fluoridate water in Hampshire was recently taken despite 72% of the public being opposed.”

“Bristolians will know little or nothing about this but the decision process to fluoridate water throughout the Avon area has already begun with both NHS Bristol and NHS BANES, half the number of Primary Care Trusts (PCTs) in the Avon area, asking NHS South West to conduct a feasibility study. A ‘consultation process’ will follow acceptance of the feasibility report. Once that process has been gone through NHS South West can use their new powers to instruct Bristol Water to fluoridate our drinking water.”

“In the first instance we will be lobbying NHS North Somerset and NHS South Glos. to reject fluoridation as these two parts of the NHS in the Avon area have yet to request a feasibility study. If successful this would hopefully make it difficult for the NHS South West as the Strategic Health Authority (SHA) to claim to be acting on behalf of us all.. If unsuccessful we will campaign for a fair, open and balanced public consultation process ending with a public vote on the issue, the result of which should be binding on the NHS.”

Copies of the emails received from the NHS are posted on the BAF website (1, below). Statement from Bristol Water on the issue (2). The key regional and local decision makers’ details are available from (3). BAFs central arguments against fluoridation are listed below (further details, more references and background are available from ref (4) and (5)).

Fluoridation is unethical and is not wanted: Bristolians who don’t want to consume fluoride, or have no need to, have a choice now. If all our drinking water was fluoridated people would be consuming something designed to create bodily changes i.e. a medication, without their consent. It is the norm in our society to consent to medical treatment. In the recent Hampshire public consultation 72% opposed fluoridation – people want to retain their freedom to choose!

Fluoridation does not work: There is no high quality research showing that putting fluoride in drinking water safely and effectively does what it is supposed to do – reduce tooth decay. Available research is often categorised as at best only moderate quality because bias and lack of control are evident and analysis is lacking. No double blind tests have ever been conducted that proves it effective; nor has it ever been proved safe.

Fluoridation is not needed: Most of Europe has seen falling rates of tooth decay for several decades – without a policy of widespread water fluoridation. Fluoride is available by choice in toothpaste. There is no substitute for regular dental check-ups where all sorts of medical issues can be covered.

Fluoridation defies good, safe scientific practice: The dose of fluoridated water received by each person depends on the amount of water consumed and their body weight. Since we all drink different amounts the dose is highly variable – and will be received over a long period of time. Further, the people receiving the dose are highly variable too and unlike being prescribed a treatment by a GP, won’t be seen beforehand and won’t have their medical history checked. Around 4% of the population are known to suffer adverse reaction to fluoride. Infants under 5 years old, the elderly, kidney patients, athletes, are all at risk because of their higher consumption or increased vulnerability.

Fluoridation is unsafe: The maximum concentration of fluoride currently allowed in our water is 1.5 mg/l. Any water fluoridation system would have to stay below this legal limit. The substance that is most likely to be used to fluoridate Bristol’s water is most unpleasant to say the least – fluorosilicic acid, a contaminated waste product from phosphate fertiliser manufacturing is a registered Class 2 Poison under the Poisons Act 1972. No license has ever been obtained for such a substance either as a food or a medicine.

Overfeeding of fluoridation substances into drinking water has caused serious health problems, as at Hooper Bay in Alaska in the 1990s, where equipment and human failure resulted in 1 death and 295 cases of fluoride poisoning(6). Overfeed precautions and plans for de-fluoridation if limits are exceeded are of course not needed if you respect people’s freedom to choose their ‘medication’ and don’t fluoridate in the first place!