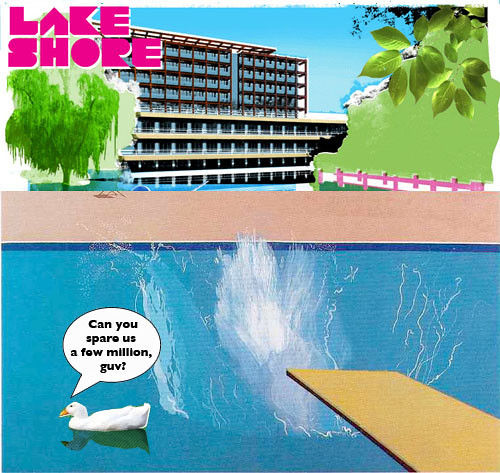 Was it only two years ago John from Urban Splash was on this blog talking about “a new era” for Hartcliffe’s Imperial Tobbacco factory site?

“We are making a massive investment into this area ensuring it will be a success,” he assured us cynics about their Lakeshore development (Blogger  passim).

Not any more they’re not. Their massive investment into overpriced flats with trendy “green” lifestyle add-ons is now being made by you and me instead.

For the Blogger learns, that the developers – the once painfully trendy but now just painfully skint, Urban Splash – who are already two years behind schedule, are now seeking a government bail out.

It’s understood the only chance of this development seeing the light of day is through the Homes & Communities Agency’s £1 billion Kickstart programme.

Will this also mean that the tiny overpriced flats originally sold at rip-off prices to investors two years ago will be repriced and repackaged to reflect reality and what people can really afford?

4 Responses to "A new era for the site"?