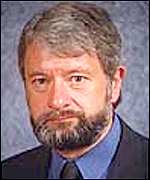 Micklewright, who assiduously marketed himself as a local government finance expert, actually presided over a crippling £350m budget deficit during his time in office. Although he was probably best known for his appearances with “business friends” in upmarket Bristol eateries and his personal backing for the millenium makeover of the Centre.

Widely loathed, this hideous, concrete OAP death trap was described by Micklewright and his supporters as “going to be like Barcelona” before it was built. Then when questioned on its un-Barcelona-like qualities after completion he helpfully explained that, “it had looked good in the pictures”.

Micklewright was sensationally booted out of office in 2002 when he managed to lose the ultra-safe Labour ward of Filwood after 23 years in office to a Liberal Democrat half-wit.

Well folks, it looks like George is back and he’s going after the Bristol Labour Party as The Blogger learns that Micklewright is now ‘advising’ the Bristol Green Party.

Quite what advice he’s giving them should be very interesting. This is, after all, the original architect of the Bristol Airport expansion. The man that first sold the city council’s controlling interest in the airport to First Group then, realising how much money could be made, proceeded to flog the remainder to pay off the city’s debts. The rest, as they say, is history…

Perhaps he’s advising The Greens on electoral campaigning then? For their sake hopefully not. He had such a safe Labour seat he’s never actually done a day’s campaigning in his life. And when called upon to run a proper election campaign in 2002 he was hammered!

It’s actually quite hard to figure out who this is most embarrassing for. Is it the Bristol Labour Party learning their former leader now thinks a bunch of liberal hippies with a political programme based around a city-wide breast-feeding strategy and a campaign for real nappies is a credible alternative to them?

Or is it the Bristol Green Party, so utterly clueless and ill-advised, they have to resort to obtaining advice from some dodgy old political has-been with a very dubious record?