Turning the tables on the surveillance society: can we find out what they've been looking at on the internet?

Chris Hutt draws our attention to an “interesting” Freedom of Information request.

So can it be done? Can we find out what the great, the good, the powerful – the people that run our lives – are doing on the internet?

Here’s the easy to follow flow chart published by the Information Commissioner on the subject (and further information is available in their publication The Exemption for Personal Information [pdf]): 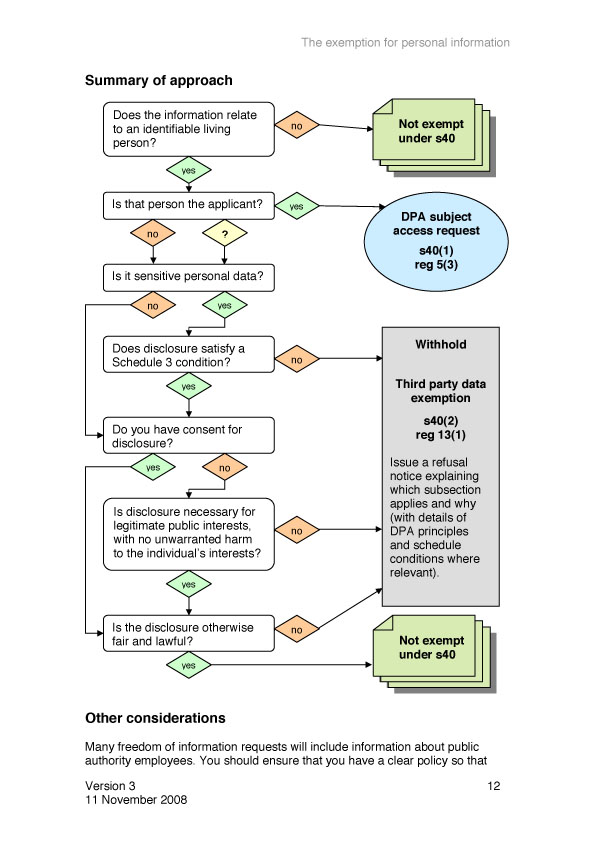 Not beyond the realms of possibility is it? Mr McNamara will be busy when he gets back from his extended break won’t he? ‘Cause they’re not gonna like it up ’em are they?

This entry was posted in Bristol, FOI, IT, Local government, Politics, Twitter and tagged Chris Hutt, Websense. Bookmark the permalink.

37 Responses to Turning the tables on the surveillance society: can we find out what they've been looking at on the internet?